Japanese is not Easy #2

My first visit to Japan was for 3 days.  I didn't even open a Japanese phrase book.  It was really just a road bump on my big adventure, after all.  And I didn't even appreciate it like I could have.  It wasn't a break from my humdrum life.  It was the end of my Thailand adventure.  I was at the end of the longest vacation, by far, of my adult life and I was ready to be productive again.  I expected to like it as a vacation destination and was surprised to see it as a place I could live.  I'm really glad I'm getting a second shot at it.

Could I stay?  Well, they are more open to immigration than a lot of countries.  They have had a declining birth rate for many years, but not a declining population.  They've managed this by letting people in.  But I would probably need a business to sponsor me, or a woman to marry me.

The business would be tough.  Ideally, I would find a job where having a working knowledge of Japanese and English would be an advantage.  Unfortunately, there isn't a big need for native English speaking computer support technicians in Japan.  I would definitely like to explore that some when I'm there though.

I could definitely teach English there, but I don't think I'd be good at it.  There are organizations that help people come to Japan to teach English.  The crazy thing is, they think speaking Japanese would be nice, but having a 4 year degree in anything is essential.  Mine is a 2 year degree.  Although, I'm pretty sure I wouldn't need any help getting there to teach English if I did speak a fair amount of Japanese.

I'm getting a head of myself, or course.  Even if I continue to practice everyday, I still won't be fluid when I get there in 10 months.

Oh.  And my cousin's girlfriend from Japan things finding me a Japanese wife is something we can do one evening.  She says even offered to be my wingman in Roppongi.  So that's an option.
Posted by Benjamin No comments:

Japanese is not Easy

They say persistence is the most important part of learning a new skill.  They also say it's a lot easier to be persistent if you have an interest.

I've always wanted to be able to speak Spanish.  It would be the most useful language for me to know, by far.  It would help in my current career.  Many of the countries I'd like to visit, and can visit cheaply and conveniently, speak Spanish.  And it would be the simplest language to learn for me by far, being familiar with their alphabet, and having so much exposure.  The language just doesn't interest me.

Japanese, on the other hand, has always interested me.  I like the symbols it uses.  I like the media coming out of Japan.  I just like the way it sounds.  But speaking it wouldn't help with my job.  It's only spoken in one country, and that county is far from me, and expensive to get to.  And I have no familiarity with the language, or even it's alphabet.  Learning it would be like pulling teeth.  But I've been pulling them.

It all started with my cousin.  When I met him in Vegas he introduced me to his new girlfriend.  They weren't dating when we started planning the trip.  Their relationship actually came on strong and fast.  But I can see why.  She's great.  They told me their planning to visit her family back in Japan at the end of this year.  I sort of invited myself.

My first day back in Minnesota I started studying with Duolingo.  I expected my interest to wane after a few days, but it didn't.  So I purchased a book, and found an interesting Youtube channel.  It's been more than two weeks now.  I've spent at least 20 minutes a day; sometimes a full hour.  I have very little to show for my effort, but I'm still here.  Still pulling teeth.


Posted by Benjamin No comments:

The Christmas cards I wrote for Ellie and me for 2017 referred to the current political climate ( sometimes rather darkly ) and said the only thing left for committed Christians to do is "Refuse to engage in divisive chatter. Listen. And pray."

Though I have a theory, I have often wondered how those on the Christian right come to support our current president, My theory is that, like many Trump supporters, they like one or two of Trump's "core beliefs" a lot, these are different from the position of the opposition, and they support him for those few beliefs. I'm guessing that his "pro-life" position is number one on most of their lists. I further guess that they either don't understand or pay attention to the implications of most other of his positions.

My theory is based two pillars:

The generalizations with which his supporters respond when TV interviewers ask, "What do you think of how President Trump is doing?"

"He's doing a great job."
"He's fulfilling his promises."
"I like everything he's doing."

The questioner never seems to ask, "Could you be specific?"

The other pillar of my theory is, per polls that I've seen/heard about, many people were fully behind repealing Obama-care, "go Republicans." But the poll results differed greatly when asking about key features of the Affordable Care Act, features such as: covering adult children on parents' policies through age 26; covering pre-existing conditions; no life-time cap on benefits. These same people liked these features of the health care they then carried.

In response to a politically oriented group email I had published, an acquaintance communicated to me that President Trump, though he has some flaws, as everyone does, has some "great Christian ideas that have already gone forth." I had seen the polls, of course, and heard the stories, saying the Christian right favors President Trump. This was the first time I had heard this kind of talk from other than a talking head. I saw this response as an opportunity to take my Christmas card advice: shut up and listen. And test your theory.

I wrote back, saying I was very interested in what these great Christian ideas are, and asked "Would you be willing to tell me what some of them
( or all of them, if you wish ) are?"  I believe I was not confrontational; I did not want to be that way and I do really want to listen and learn.

As it happened, President Trump gave his first State of the Union talk prior to my acquaintance's response.  This was convenient for her, as her response referenced the talk and said he "made it pretty clear what his priorities are." After this she listed three specifics. Three.

While I am not finished exploring this question with my acquaintance, I believe this response supports my theory: generalized and vague support; the support is based on very few specific policies of the president's.

Perhaps her three items are only the first on a long list; perhaps they're the only three she can name. I'm hoping to find out.

It's so funny to me when I ask people if they like fancy chocolate, and they tell me, "Sure, I like chocolate."  Which is not an answer to the question I asked. 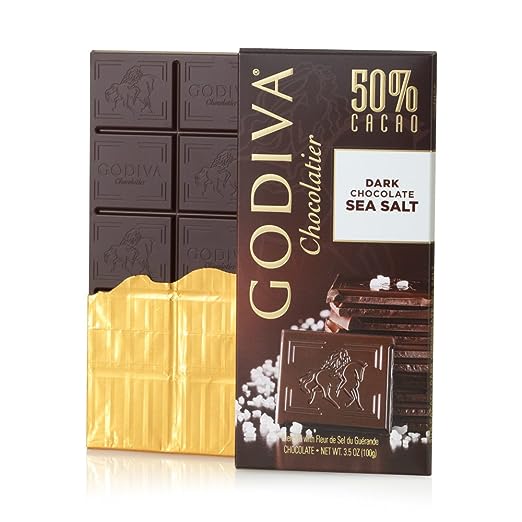 My favorite candy bar is back!  Some time ago they took my favorite candy bar, changed the size, the shape, the recipe, and increased its price.  In a shocking twist, customers didn't like that.  Or at least I'm assuming that, because they brought it back.

The price is still higher, but at least I can get it again.  Which I did while visiting a fancy shopping center in Las Vegas.  $4 is pricy for a candy bar, but I was on vacation.  It tasted exactly like I remembered.  It's about 33% bigger than a normal candy bar, and costs about 5 times as much.  But I was on vacation.

I promptly tried to share my joy with others, which is where I ran into the usual trouble.  I'm starting to think I should be asking, "Do you enjoy fine chocolate more than say, a Hershey's bar?"

Going forward, I'll probably only buy a couple a year.  It's my favorite fancy chocolate, but I only know that because it was cheap enough to buy once in a while.  There are a lot of fine chocolates in that price range, so I might as well try a few.
Posted by Benjamin No comments: