I write this in the middle of the night from my hotel room in Bangkok.  I could be out having fun right now; it's almost a waste not to.  The thing is, I'm really just partied out.

It was about a week ago I arrived in Chiang Mai.  Twelve hours on a bus, even a luxurious bus, was enough to make me feel like a shower.  Since this is Thailand, that can be arranged.  I made my way to the closest massage parlor, which happened to be awesome.  It's called Silver and Gold Fingers, and I recommend it.

An hour later I left refreshed and relaxed.  It was a long walk to my hotel, but I was looking forward to a nice cool stroll for a change.  people in Bangkok warned me to bring a jacket to Chiang Mai, and I did.  It turns out the people of Bangkok's idea of cool, and mine, are very different.  I arrived a sweaty mess, ready for my next shower.

Chiang Mai is a very big city for the north of Thailand, but it's nothing compared to Bangkok, or even Pattaya.  They don't have the sewage issues, or the crime.  I saw a lot of poor, but few homeless, and even fewer who seemed to have given up.  The city still has way more shops per block than you'd expect for its size, but most of them close by 7 pm.  It's a town that sleeps at night.

I knew now would be a good time to go there because the flowers would be in bloom.  I didn't know their flower festival was about to begin.  In addition to the festival, they had plenty of open air markets, and live music.  Unlike Pattaya, the live music was a major draw, and it was actually good.

Things are cheaper there.  I got a three star hotel for $20.  I paid $60 to zipline around the forest for a half a day, which included lunch and transportation.  Fruit was about half the price, and even more abundant.  Fresh fruit smoothies as far as the eye can see.

If I could keep my current salary, and live in Thailand, I would, and this would be the place.  In a lot of ways, it's like my home town of Saint Paul, Minnesota.  My only real concern would be the "hot season".  It's about to start, and while in the forest I saw the locals damming up the river to prepare for the coming drought.

Could the hot season in Chiang Mai really be worse than a Minnesota winter?  It can't be.  It just can't. 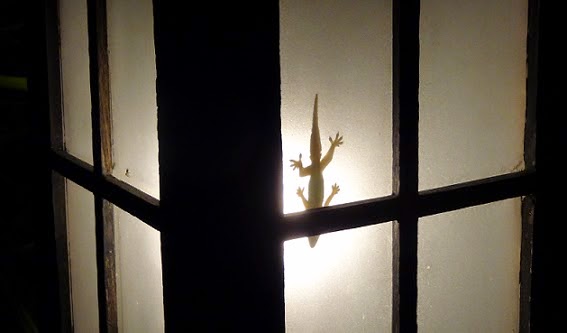