One Price of Addiction

As previously confessed, I am a fountain pen addict. Here was a chance to win a fountain pen in a drawing being conducted by FPR, the Fountain Pen Revolution. FPR says “Join the revolution and declare independence from overpriced fountain pens!” on its home web page, and is one source from which I’ve purchased pens and which I’d recommend for anyone looking for an affordable, nice-writing fountain pen. My excitement at the possibility of getting an FPR pen by winning it was palpable.


The only glitch was the entry had to be made via Facebook … liking the FPR site and posting a comment on the page announcing the drawing. I will not do Facebook, even for a chance at a free fountain pen. But Benjamin does Facebook and is not the least bit interested in fountain pens. Not for the first time, I asked him if he’d enter for me.

He wrote back, “We are entered.  I had to choose, so I picked the Wality Ebonite Fountain Pen.”

This implied a question; I responded, “Thx … I’m, however, guessing your choice will be unimportant … based solely on recent history. See you at 3:30.”

Our next email exchange consisted of this:

I soon had the winning pen in my hands. Very nice looking pen; big. Big nib.

From the FPR web site:

Yes, indeed, eye-dropper filled. The entire body of the pen is filled with ink. No converter, no plunger, no ink cartridge. This provides a very large ink capacity; it also provides the possibility of ink leaking out the threads screwing the body to the nib assembly.

Excited, I emptied the water, dried everything, and found a bottle of ink with nearly no ink in it. There was even less than I realized, only 2 or so eye-droppers, and that didn’t touch the capacity of the pen. Undaunted, I screwed the nib assembly to the cap, and … no leaking. I put the pen down for a bit, to let some ink migrate to the nib, and later came back to try it.

In my excited state, I noticed that it wrote very nicely, very smoothly, and felt good in my hand. Only then did I notice that my hand was full of ink, the barrel of the pen was, too, as was the cap. And every time I touched the paper with the nib, a blob of ink dropped onto the page. There was so much ink it penetrated to the back of the paper I was writing on: 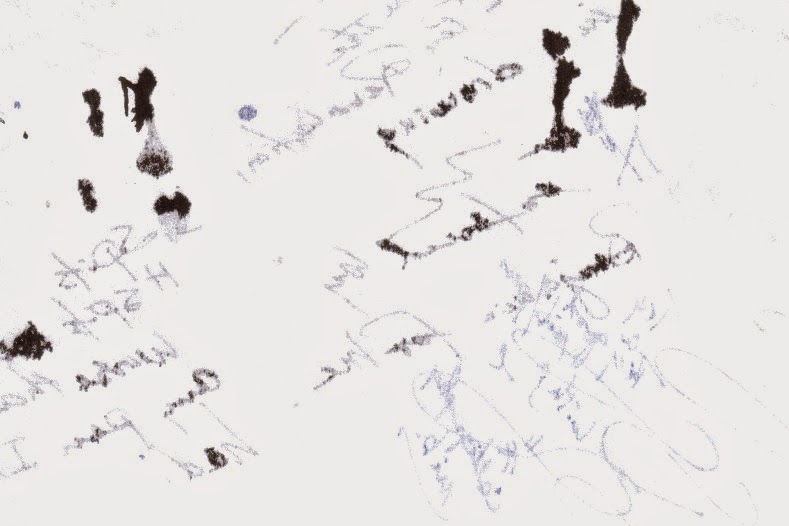 I quickly emptied the pen, cleaned it, filled it with water again, and re-watched the video. This time I heard an important point: fill the barrel to the bottom of the threads, screw ½ way onto the nib assembly, point the nib down and finish screwing the nib assembly onto the barrel. This drives some ink into the nib, priming it, and establishes the proper pressure in the barrel. With so little ink in the barrel initially, I speculated that I was not able to establish the proper pressure, and the ink just ran out when I lifted the pen to vertical.

I left the water in the pen overnight ( in a dish, on a towel ) to make sure it would not leak. In the morning I repeated the procedure I had done the preceding evening, except for filling the barrel to the bottom of the threads first. And all has been wonderful ever since.

I heartily recommend fountain pens to anyone interested in a fine-writing experience ( as long as they are willing to risk a little ink on their fingers now and then, of course ).
Posted by WalterJ