I'm not sure what got me thinking about gold.  Maybe it was my impending Mr. Gold impersonation.  But I got to thinking that my class ring might not be the waste of money thought it had been. 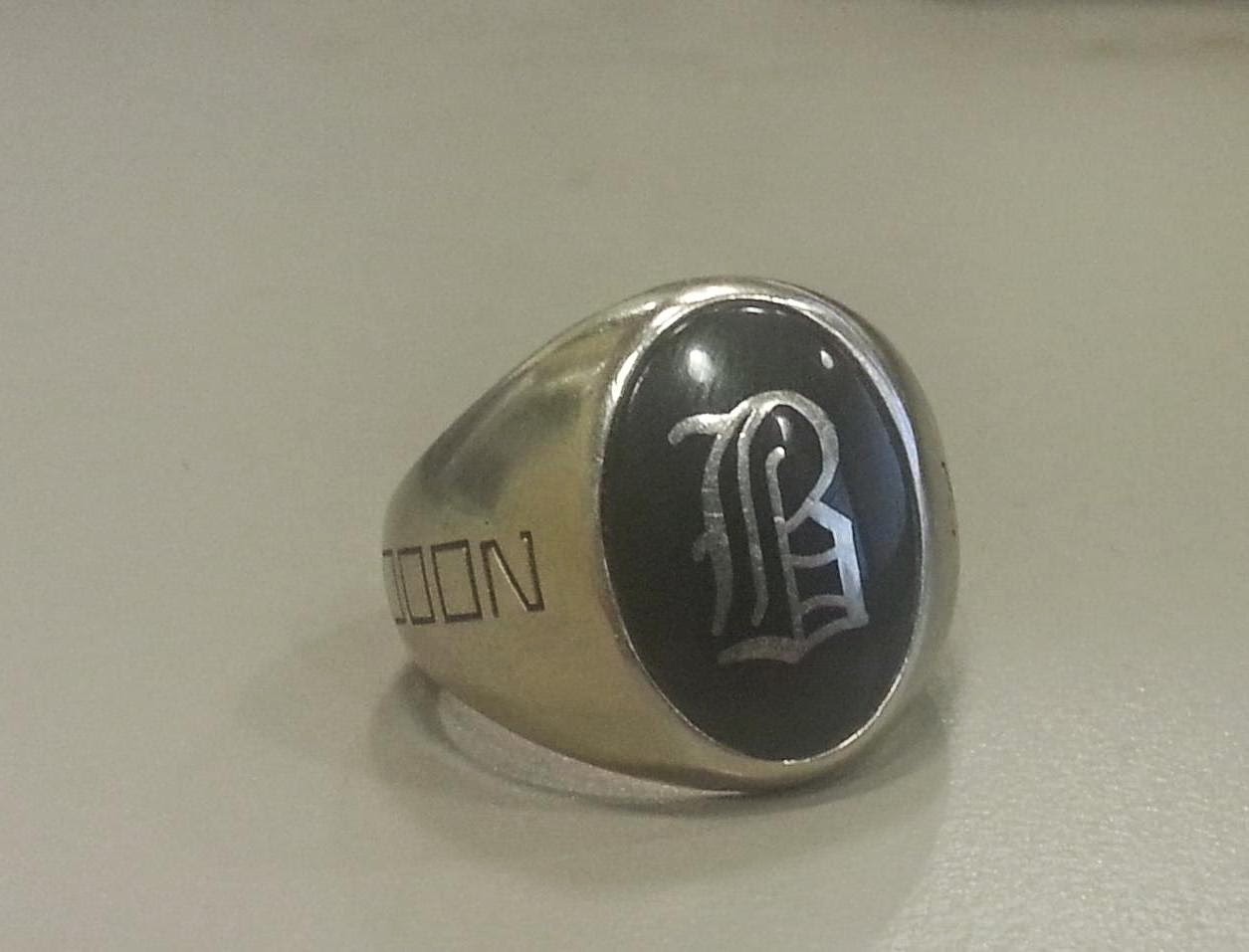 It's a 14 karat white gold ring with a black onyx stone.  I think black onyx is a classy looking stone,
but it's not precious.  Gold, on the other hand, is.  In fact it's tripled in value since I got it.

That's what the ring cost in 2000, and it's more than the ring's worth to me now, but shouldn't there be at least some increase?  Does Jostens markup that much?

Well, since they're not going to give me anything for the stone, I was planning to pull it before I sold the metal.  I'll weigh it before, and after, and let you folks know the final tally.
Posted by Benjamin