The Picnic and Athletic Ineptitude

“I just want to play ball.”

Everyone was there … cousins Tom, Dick, Bob, Bill, Jimmy, Ken, … ; uncles Bob, John, Louis, Rudy, … ; even cousins Kathy, Betty, Joan and Barb . We were all milling about, waiting for the food. The rain had chased us to my aunt and uncle’s garage.

We lacked athletic ability. None of my generation had received even freshman numerals. This, however,  kept no-one from participating in our slow-pitch softball game. The uncles were as interested in playing as the cousins; perhaps because the game was an activity that could almost be called exercise.


Today’s outing, the last one of this season, had been planned for weeks. Its dawning with dark, threatening clouds
dismayed me, but I quickly adapted an attitude of willful disbelief.

I was looking to not only play softball, I was also looking for  redemption, for last time   I had seriously screwed up. In the final inning I made a mental error, allowing several runs to score. In our at-bat, I struck out to end the game – could one be any more inept?

This bothered me. A lot. And I needed a real, lived reason to believe I was not the completely inept athlete I was sinking into believing I was.

“Scattered showers all day, particularly over the northern part of the city.” My heart leaped; we were going to the southern part.

Mom and several aunts conferred about having the picnic. I could not bring myself to lobby for it. I feared having to fess up to feeling inept.

I was not up to that again. Finally, “Well, let’s give it a go.” My cloudiness lifted, as though this decision negated the threat of bad weather.

We had barely begun when the first rain fell. It soaked us instantly, reduced the infield to a mess of mud and water, and left the rest of the ball-field a mess of sodden grass. 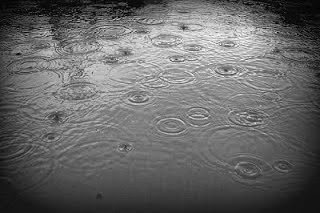 As fast as that happened, those not playing picked up the entire set of picnic apparatus and  moved it to the garage: the lawn chairs, the coolers, the long folding tables with red and white checkered tablecloths. Three grills were going, one with hamburgers, some with cheese, some without. The second grill cooked hot dogs, bratwurst and, my personal favorite, Polish Sausage. A two burner electric hot plate contained two pots, one heating home-made Calico beans and the other German Potato salad.

American potato salad completed the menu. Unless you count the corn-on-the-cob. One could have a wonderful enough picnic without roasted corn-on-the-cob, but we never did.

Music blared getting the bodies of my aunts and uncles moving to the rhythm … music from Laurence Welk, Liberace, Benny Goodman, some Jazz from Stan Goetz thrown in, and some good ol’ fashion polka music.

The odors of it all mixed nicely with the music, getting not only one’s taste buds and olfactory gland in high gear, but also getting some of the older generation actually executing some nice dance moves on the garage floor. “Yahoo!” “Lookin’ good!”

I did not respond; perhaps the music was not to my taste. Although my olfactory senses were sharp, and I liked to eat, the aromas and sights did not raise my spirits. Even the Polish, along with corn on the cob oozing with melted butter, failed to do that. Perhaps I realized the salvation I so desperately needed would have to wait until a still more distant next time.