I want to provide a couple more church previews for Travis. The first two posts are from December 2013 and January this year.

Although he certainly gets around, these two images are in churches reasonably close to one another and close to home for both Travis and me.

I am taken with both of these images.

What if I Did?

I only write because I enjoy writing, and I don't generally enjoy writing about reality.  That's why I planned to ignore the writing prompt Walter and myself were given to write about our best guess of the events in our parents life that lead to our conception.  I did however remember a story told by both my mother and father that took place shortly after, and decided I did want to write that.  So here it is.

Waiting in line at the border crossing, she was relieved their day trip was coming to an end.  Was it really just a day?  She was still getting to know her new husband, and finding out that many of the ridiculous things he said weren't just the drugs talking.  She was seeing the world with more clarity then she would have liked, having herself given them up for the pregnancy.

"That's too bad," she said realizing his story had come to a brief halt, waiting for acknowledgement that she was listening.  She wasn't, but had heard this story before.  The fact that she didn't believe his version of events became a moot point several retellings ago.

The car rolled forward, and she spared a glance at the ashtray.  Relief that the trip was coming to an end warred with her nervousness about the pipe inside.  That was the real reason he invited her on the day trip to Canada; pot was cheap here.  She'd have been using it with him if she could, but it still irked her that the fool thought he was going to bring some back with his pregnant wife in the car.  Or maybe because his pregnant wife was in the car?  She shook her head, glancing again to the pull out ashtray…

"Dink, dink," her train of thought broken by a man in uniform tapping on the driver side window.  "Hello," her husband greeted in a friendly tone as he rolled down the window, the knot in her stomach relaxing just a little.

One thing she knew for sure was that their feelings toward the authorities were very different.  She believed that they were mostly decent people, with more power than she was comfortable being around.  He, on the other hand, thought they were all crooked.  If she could count on anything, it was a fake smile that would quickly have them on their way.

"Is everyone in the car a U.S. Citizen?" he began without any preamble.
"Yes."
"Anything to declare?"
"No."
"How long was your stay?"
"Oh, a few hours; maybe four."
"Do you have any fruits or vegetables with you?"
"None."
"Do you have any illegal substances, drugs, or drug paraphernalia?"

There was a pause, long enough to cause her to look over at him, knot tightening.


"What if I did?"
Posted by Benjamin No comments:

Our current writing instructor gave us this homework in Class 2; "Write a story about what you imagine, or know, your mother and father's life was like before you were conceived. Include dialogue and a turn of events in your parents' lives which could have occurred to clear the way for your conception." I chose to write a poem, calling it, "I was just a Glint in Dad’s Eye."

“Move in with them”
“Spend Thanksgiving with her”
( and Christmas … and … )
“Go out Less”
“Go to church more”
“Come in earlier when we do go out”
“Spend less on clothes”
“Get better paying jobs”
“Get a better, maybe new, automobile”

A half guilty grin;
a “Who me?” look;
used frequently,
applied deliberately.

She flew at him;
desperate, angry,
grateful, passionate,
both of them nearly
forgetting the
artificial birth control.

Mom wanted power
over everyone, anyone,
like Grandma wielded
over Dad.
They worked harder,
saved more deliberately,
and quit using artificial birth control.

These People can Write!

“That was really good,” I said walking down the hall to the door.

“Yes; I wish I had prepared something,” Benjamin replied wistfully. “Even a rewrite of an older piece … .”


Thus I learned how the second meeting of our Winter Quarter’s writing class affected Benjamin. The class spent its evening reading and providing feedback. The attendees provided a printed story to each member of the class, read aloud and participated in a conversation about it. The class provided comments, feedback, suggested revisions and the like to make the stories even better.


“Wow.” “Really good!” and “Wonderful.” are not helpful comments, but I found myself responding that way. Consider:

Student1. She thought about not coming back because everyone here is such a wonderful writer and she is not. She wrote:
Student2. Another woman who claimed to not write much, or well. She wrote, in semi-poetic form, about her “little white lie” claiming proficiency in Spanish becoming larger and of a different color. She introduced the conflict early with, “Being proficient is not the same as being fluent. Right?”

Student3. An older man, married several times. His story of gambling and coverup by claiming to be birding grabbed us immediately. He realized, he wrote, he needed field research in birding to bolster his cover. His first time, he saw a white-tailed deer study him to be sure he’s not a threat and, through binoculars, a newborn goose poke his way through the shell to become newborn. He felt he had hit the “birdie jackpot.” When some real birders came across him, he excitedly told them what he had witnessed. In his excitement he realized he was, “behaving like a … birder.”

Student4. A young woman who wrote:
“After further review,” I stand by my unhelpful commentary. Students in the Adult Education writing classes Benjamin and I have taken have written some good material. I have not, however, experienced so much good writing coming from so few people before; I eagerly wait to see what’s next.

A good pair of over-the-ear headphones has always been part of my winter strategy when I was using public transportation. 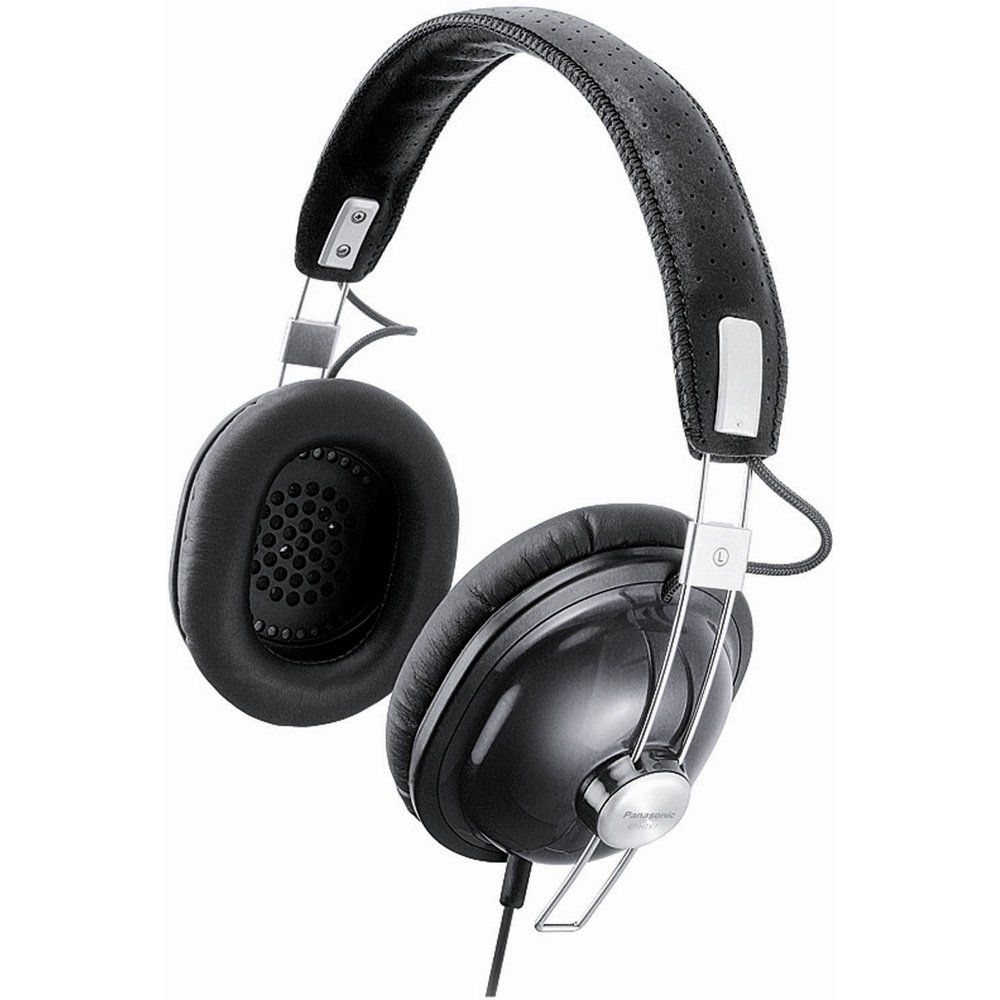 
You couldn't ask for more for $20.  Unfortunately, I forgot I can't stand the economy level of sound quality.  It wore on me, so I bought these.

They're entry level as far as audiophile head phones go, but I was able to get a "like new" pair for $100.


Posted by Benjamin No comments:

Another Opportunity ... to write, to learn, to learn to write

"Well, like what!" Benjamin asked, sounding just a little incredulous.

"There is the writing assignment she just gave us; the book she gave us to read; the thinking she asked us to do about our list(s). The writing contest we spoke about at dinner; my two weekly  volunteer tasks at the Basilica."

"Hmmm," he said, seeming to comprehend.

I had not even mentioned the new task for Travis, unrelated to our work together at the Basilica, that I had agreed to undertake. "And I don't have this week's blog post finished," I thundered, slapping my hand at the car's steering wheel, as if he had not yet comprehended my horrible workload to my satisfaction. ( Yes, I was whining a bit; guilty. )

"Well," he suggested, mid-wifing the post you are reading, "you could write about our new writing class, instructor, students and/or assignment."
One of the other students got some good, specific comments on his piece, comments of the type that Benjamin and I have come to expect when taking such a class. This student was overwhelmed, "I've taken 5 or 6 of these, and have never gotten the kind of help you all have provided tonight! Thanks very much!"

What Will I Wear?

It's February, so Convergence is only five months away.  I'm currently dealing with whether or not I have a room reserved.  My current status is "stand by".  Since I'm on the subject, I'm thinking about a costume.  It's good to start early, because of shipping and such.

Last year I purchased a pretty cool one for under $100.  It really got noticed, even though most people didn't know who I was supposed to be.  It looks different when not on a female mannequin.  I still have it, and plan to wear it a least a little this time too.

This year I'm thinking Rumpelstiltskin.  I can't think of a cooler costume, so imagine my surprise when I can't find a ready-made costume for him online.  The downside is I'll have to spend a little more; work a little harder.  The upside is I'll probably be the only person with such a costume there.  The question is, how much are we talking?

The great thing about Rumpelstiltskin is that, even though he has a very unique look, he doesn't always have the exact same look.  I can make a costume with the kind of things he wears, and still be very recognizable.

His eyes are black with varying amounts of gold.  Sometimes there's almost no gold.  I already have a pair of black contacts, so that should be good.  The rest of his makeup should be pretty easy, and cost about $25. 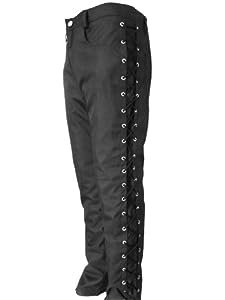 I found this pair of pants for $40 that will go with whatever he wears. 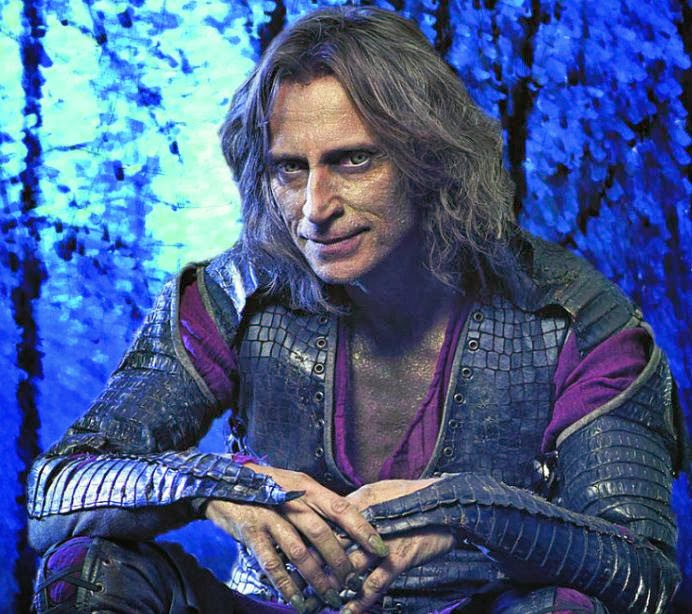 Now here's where real decisions need to be made.  He either wears expensive looking "regency" style dress clothes, or he wears crocodile leather.  I think I could have something like the vest and sleeves made from faux crocodile leather for about $100.  I've priced the material at $25, and I know a cheap tailor.  Mine doesn't have to be as detailed.

On the other hand, the regency style dress clothes can be purchased, but I can't find a vest like that for under $100.  A decent shirt can be had for $20. 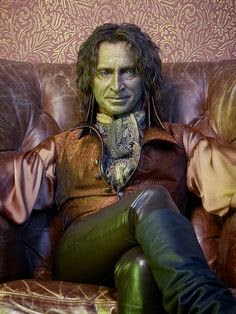 My next step will be to check a couple of places that rent costumes.  I might be able to rent the wig, pants, shirt, and vest.  If that can be done, I
bet it will be $100 or less.
Posted by Benjamin No comments: